Land of the Snow Leopard

Nothing can match the experience of watching a snow leopard stalk a herd of blue sheep or bharal. I gripped the tripod tightly with my left hand as I gently nudged the spotting scope to keep track of the snow leopard. It moved stealthily and kept itself behind a low rocky ridge, carefully watching the herd of bharal graze their way towards a couloir (a narrow mountain gully) with a forty foot drop.

We were tracking this elusive ghost of the mountains alongside our team of local leopard trackers. Khenrab, our lead tracker, grew up in Hemis National Park and knows the area like the back of his hand. With over 17 years of services as a forest guard, he is also a pioneer in the field of snow leopard conservation. Recently, he was the lead tracker for the BBC’s filming crew as they shot the incredible scenes of snow leopards featured in Planet Earth II. As the bharal made their way towards the couloir, Khenrab switched between his spotting scope, which was trained on the snow leopard, and his binoculars, which he used to determine where the sheep were headed.

The leading bharal leapt onto one of the couloirs rock faces and nimbly jumped from one side to the other in a graceful descent to the bottom. The rest of the herd began to follow. As the last ones made their way towards the descent, the snow leopard pounced into action, sending the stragglers into a stampede. They ran down the couloir with the predator at their heels. It was over in a split second. The snow leopard had bounced through the couloir with great agility, but the bharal were much faster. 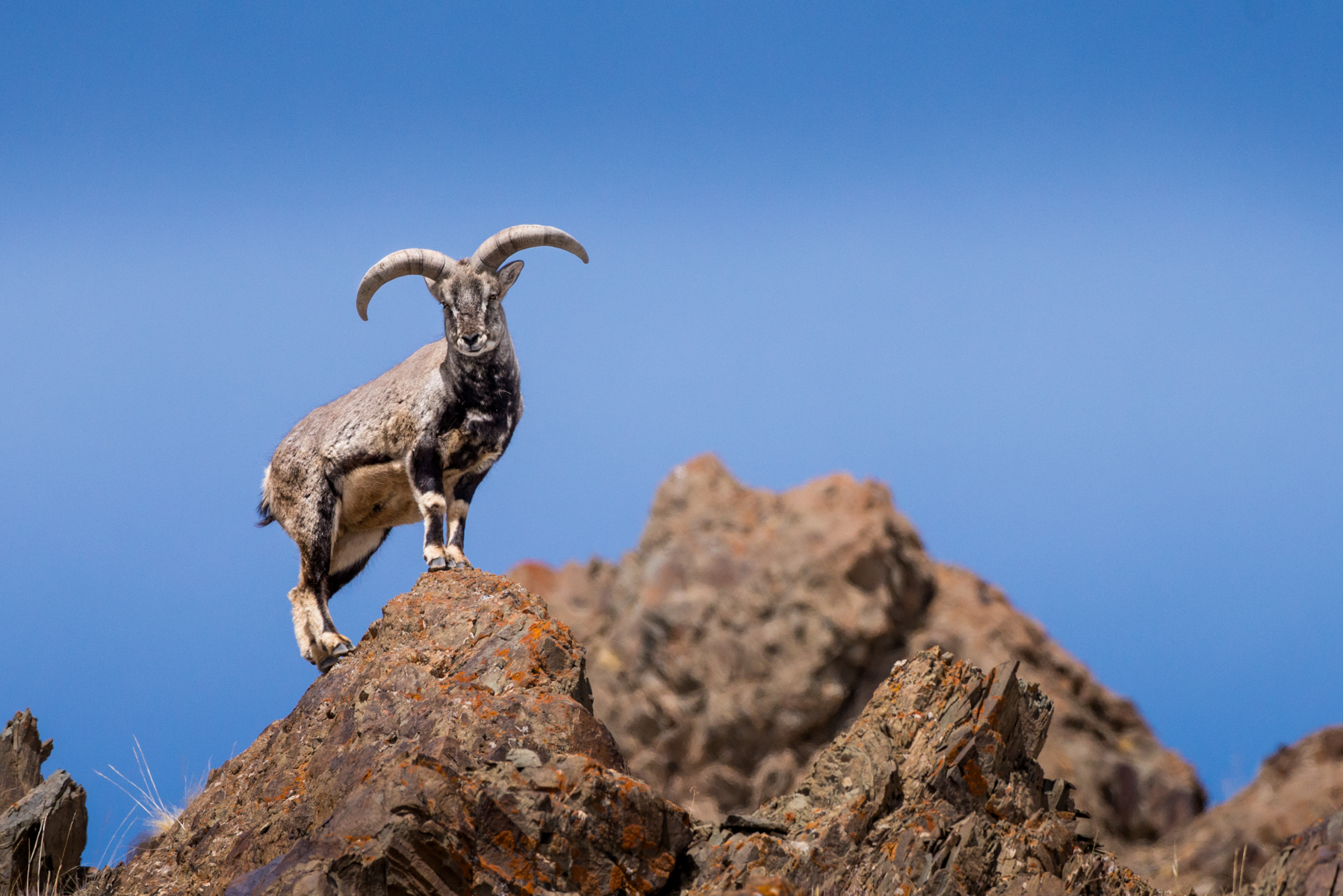 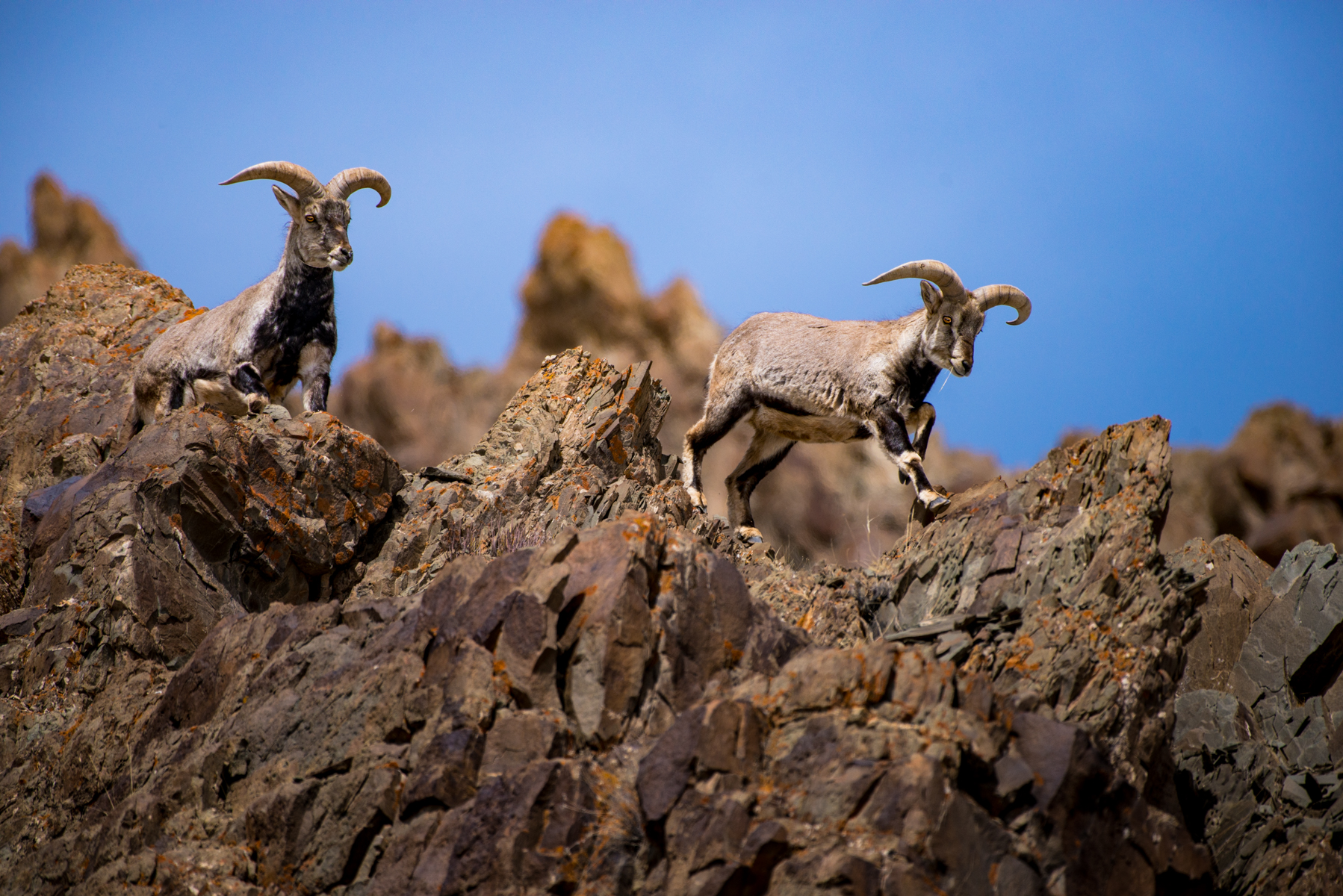 I’ve been drawn to the high Himalayas for as long as I can remember. Growing up in the heart of India, in the dusty and flat central state of Madhya Pradesh, I was far removed from the lofty peaks and high valleys of the roof of the world. Yet, the presence of the great mountains was only ever a conversation or a photograph away.

Tucked away in this remote corner of the world, far from the rapid urbanisation and hot crowds of Indian cities, there’s an ancient way of living that still continues into the 21st century.

My father, from whom I get my love of photography, had a pretty impressive collection of large format photography books. Of those, my favourite was a huge book on Himalayan landscapes by Japanese photographer Yoshikazu Shirakawa. Over the years, I’ve flipped the pages of this book many a time, never getting tired of the magnificence of these incredible mountains.

Today, I’m privileged to spend over eight months of the year shooting in my favourite landscape, often at the intersection of two of the greatest mountain ranges on earth, the Himalayas and the Karakoram. Known as the Trans-Himalaya, this is one of the most spectacular regions of our planet. My neck of the woods falls in the far North of India at the crossroads of India, China, and Pakistan, in the Trans-Himalayan kingdom of Ladakh. 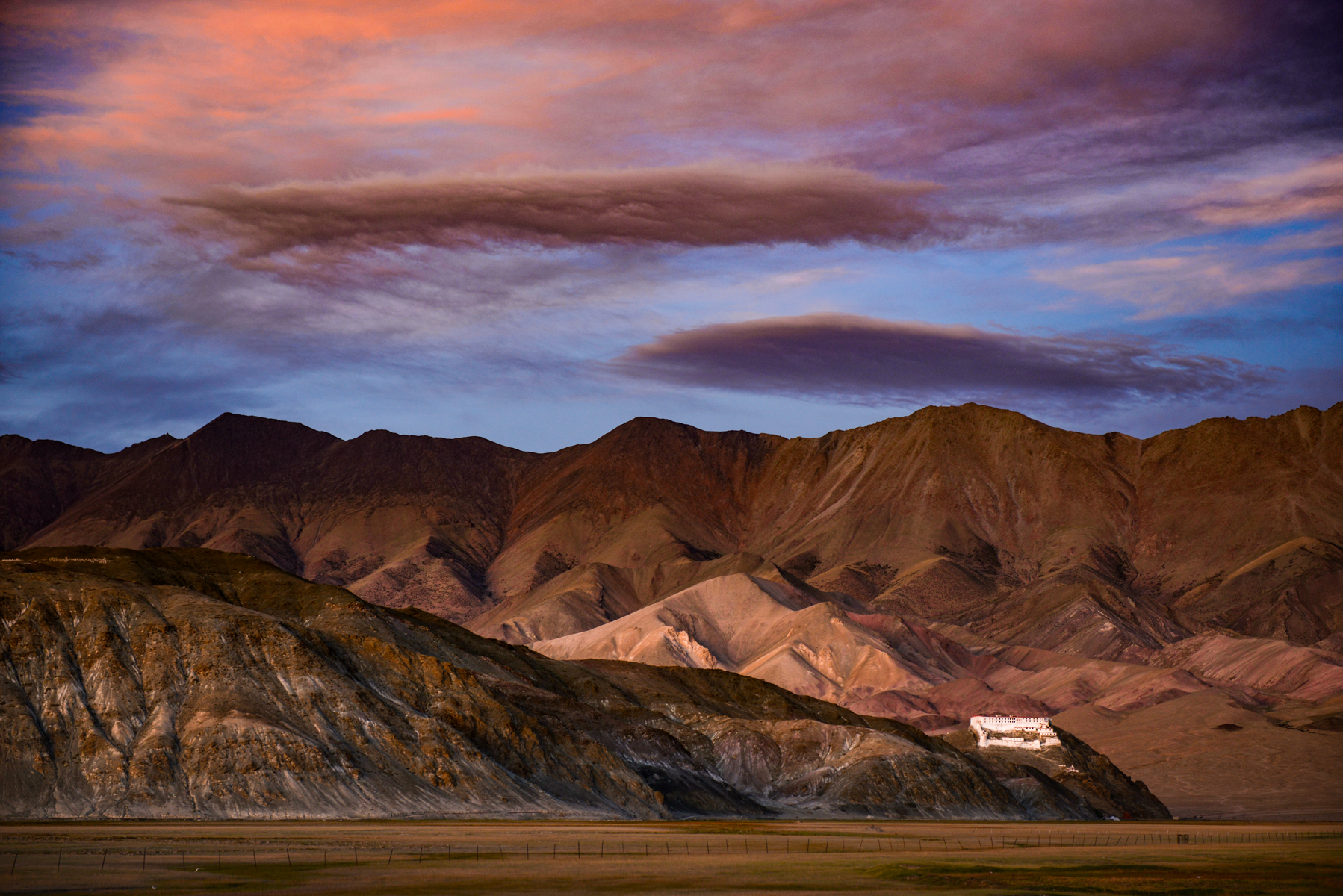 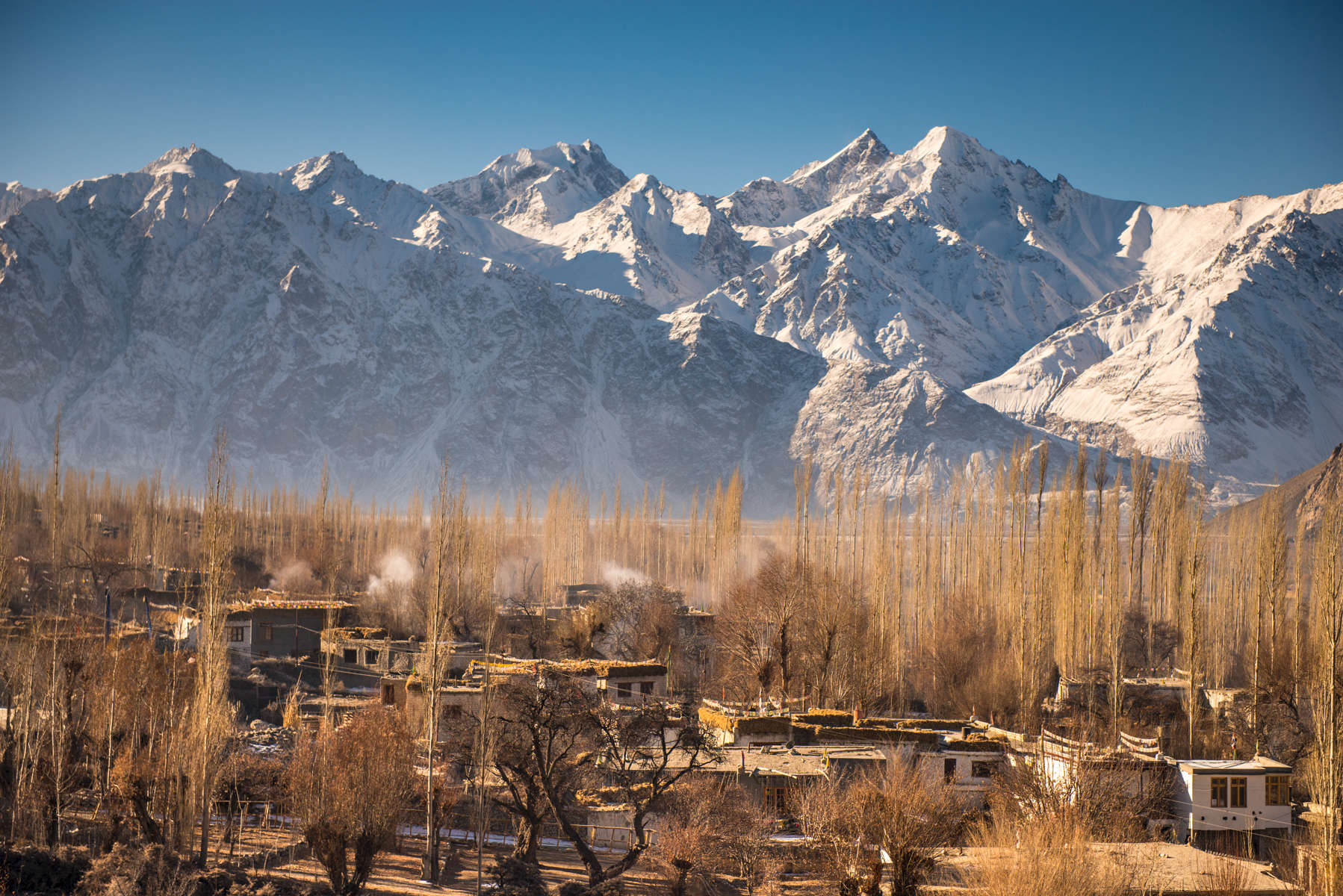 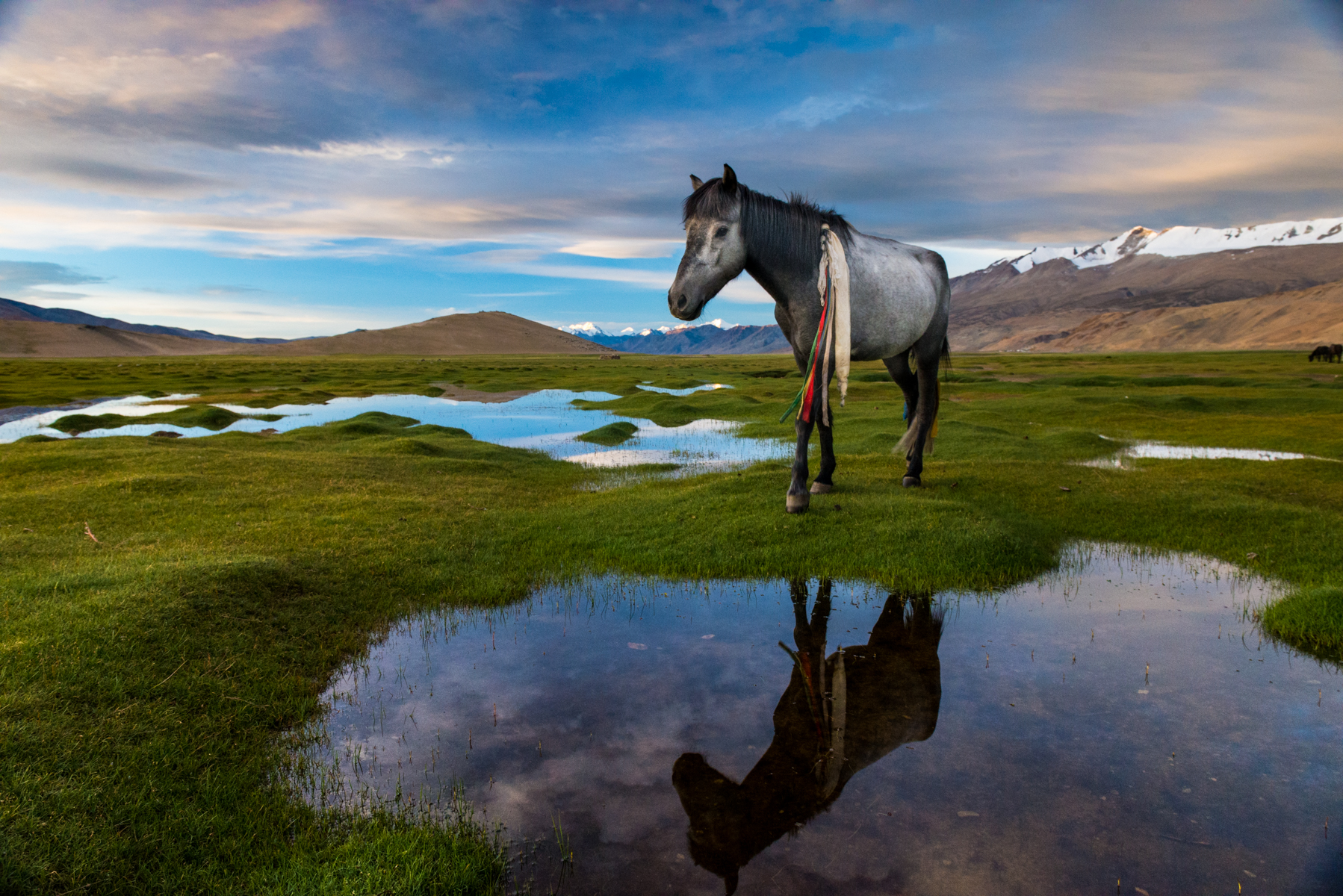 As a trained historian, Ladakh continuously feeds my appetite for unearthing the past. The silk route caravans that flowed through the Karakoram pass from Xinjiang in China on their way to the bustling cities of the Indian plains only stopped plying these ancient routes in 1952 when China shut the border. Village elders in Nubra, a few days walk from the Karakoram pass, still remember the names of Uighur and Tibetan traders who stayed in their families caravanserais.

Tucked away in this remote corner of the world, far from the rapid urbanisation and hot crowds of Indian cities, there’s an ancient way of living that still continues into the 21st century. The rich cultural treasures of a glorious Trans-Himalayan past are only a conversation away. On photo expeditions to remote villages and to the nomadic Changpa people, we get immersive experiences into a traditional way of life. People are tied to the fertility of the land, dependent on a regular water cycle that provides snowfall, then snowmelt, which then recharges their nourishing pasturelands. They are connected to this cycle.

I have long been fascinated by nomadic pastoralists, their cultures, their transitory way of life, and the rugged harshness of their existence. Over the last three years, I’ve gotten quite a few opportunities to visit the Changpa people of the Changthang region of Ladakh. 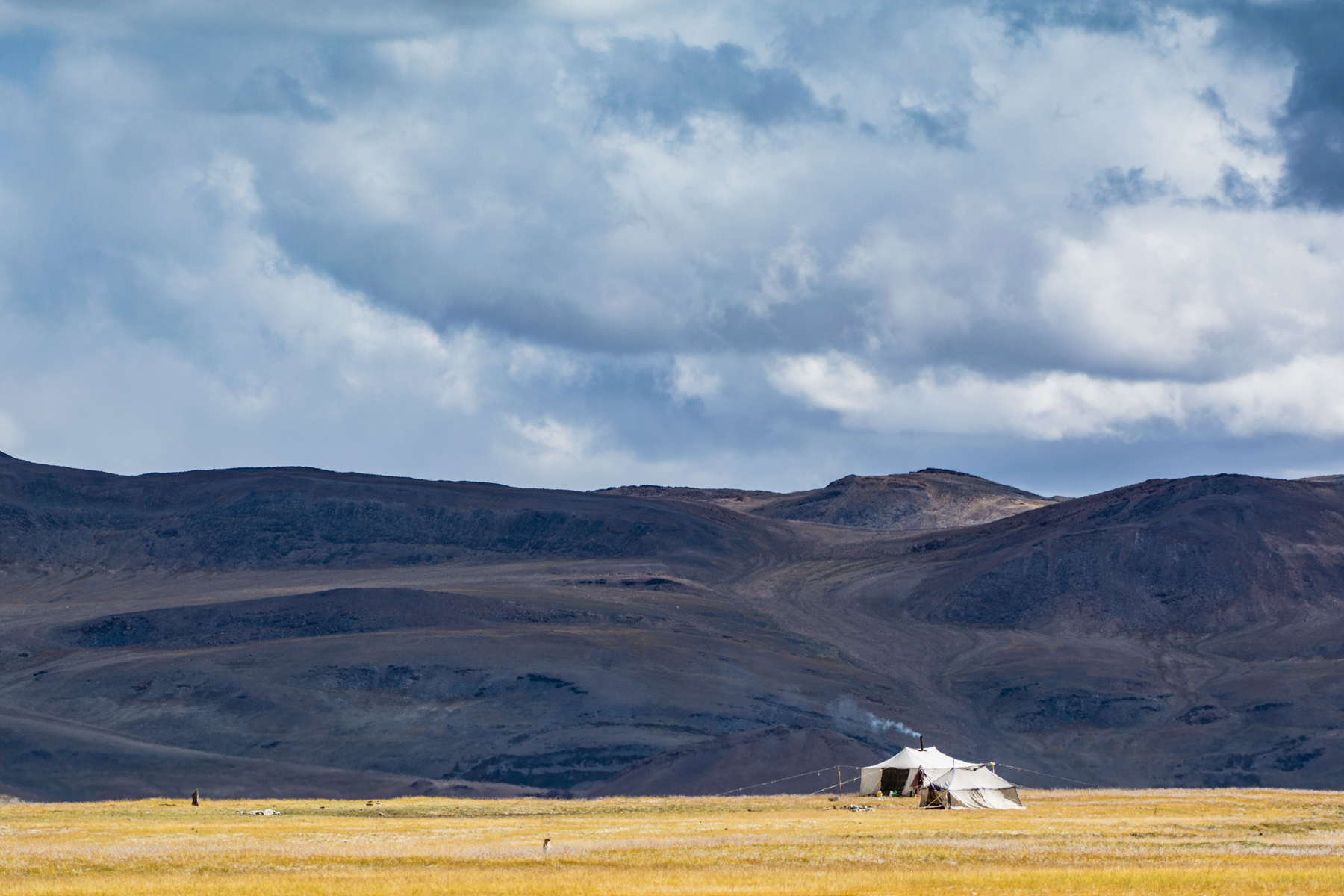 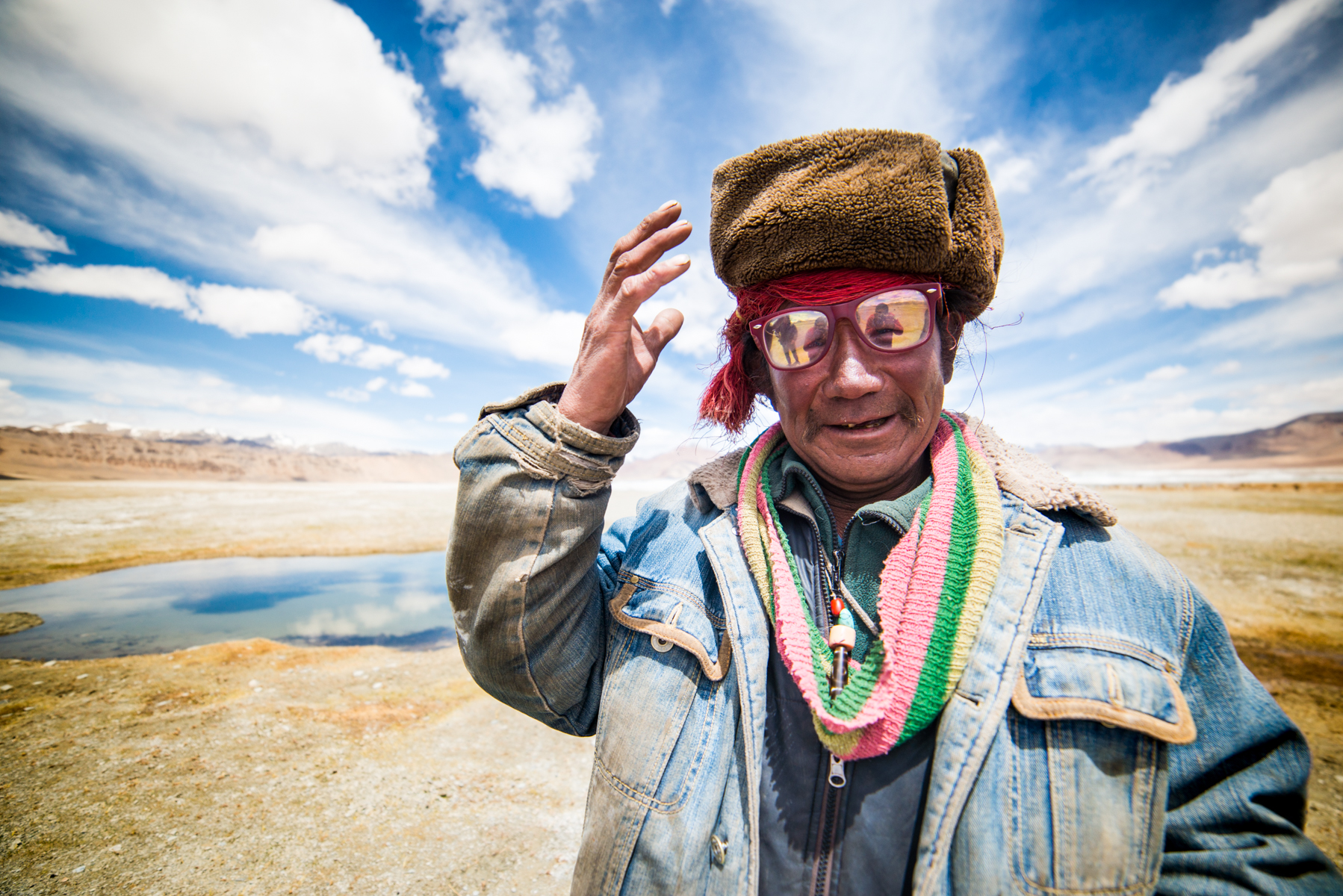 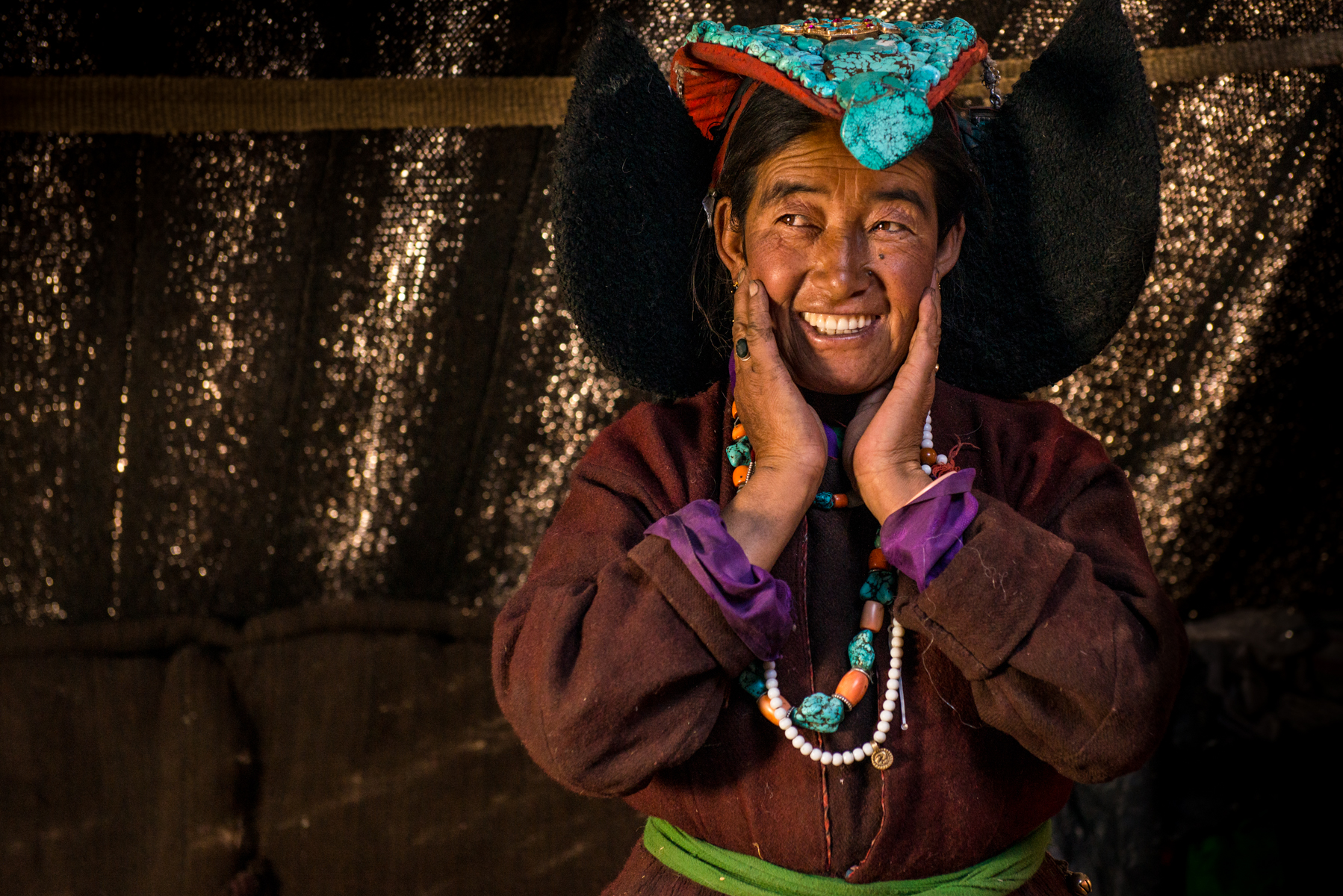 On our visits, we are continuously invited into homes for cups of butter tea, invited to join in an unbroken tradition of gracious hospitality in this harsh landscape. Conversations and introductions lead to portraits, both intimate and formal.

Over the course of these visits, I was often requested to return with copies of the images I took so that the subjects would have something to be remembered with after they died.

While my usual shots with the Changpa were more documentary and travel oriented, I realised that these weren’t the prints they wanted. So I started taking formal portraits, lit with a softbox, and with dark backgrounds. Everyone I shot wanted to dress up and look good for their picture.

Invariably, everyone also got out their mani, the prayer wheels that are an important part of Tibetan Buddhist life, because they wanted to be remembered as pious. 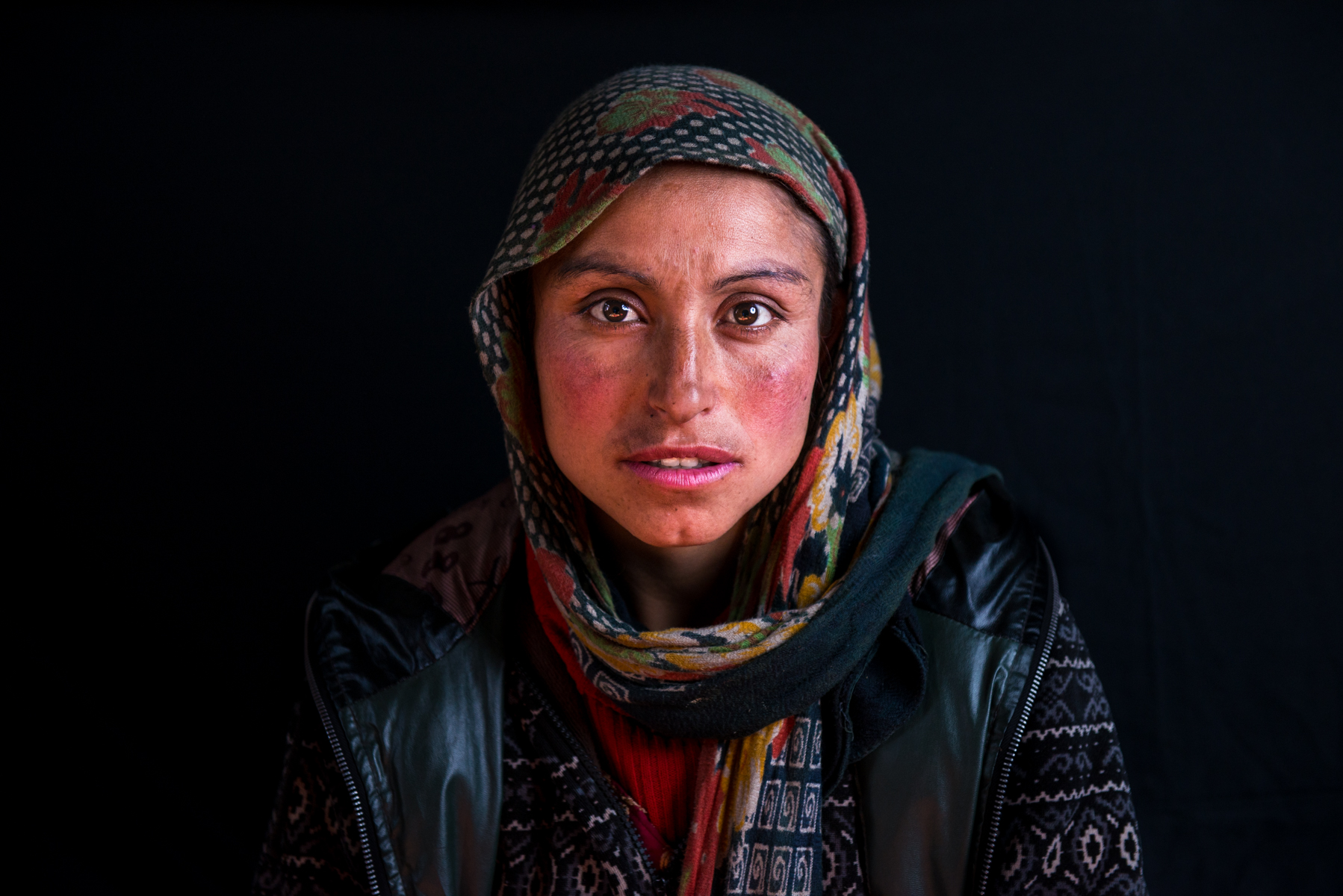 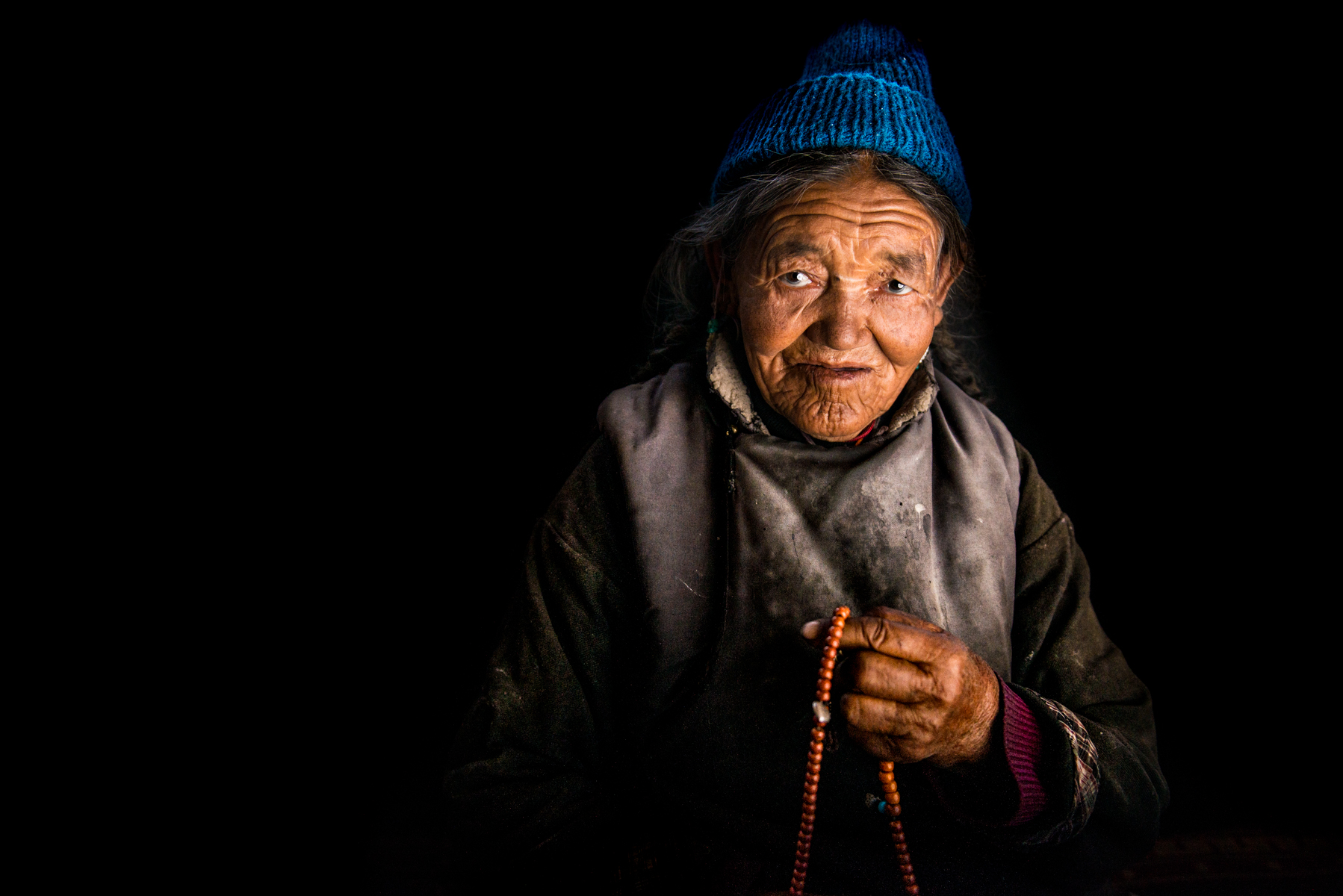 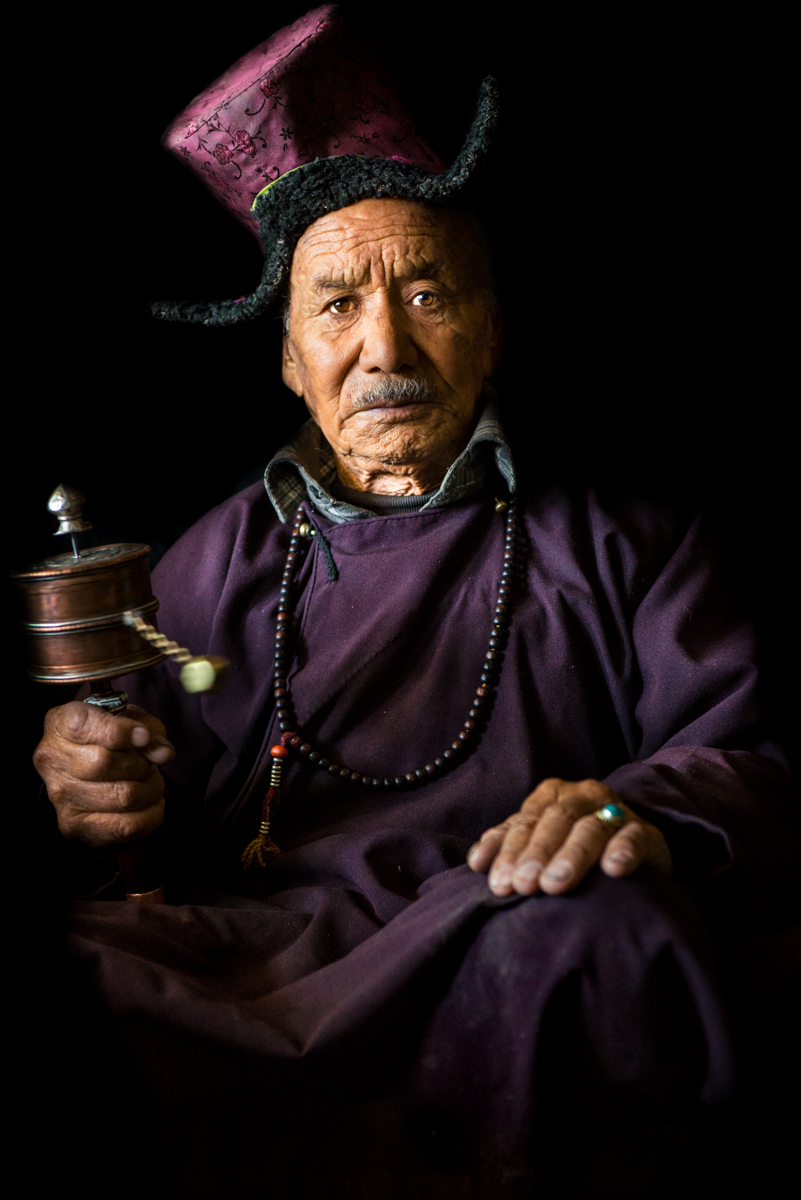 I look at my photography as a way to add monumentality to everyday life. While I shoot a fair bit in the documentary or travel style, I love working with subjects that can become larger than life. Ladakh’s landscapes, wildlife, and people are incredibly obliging when it comes to creating this sense of drama. The towering peaks, rushing rivers, wide valleys, and incredible vistas are always a joy to shoot. The diversity and abundance of wildlife are spectacular, and the people on the roof of the world are friendly, warm, and incredibly photogenic.

Come join us to experience this exceptional part of the world as we search for the elusive snow leopards and experience the warmth of the Ladakhi people. More information about our Ladakh photography tour can be found here.

Indian-American photographer Behzad Larry spends 8 months a year photographing the Trans-Himalaya and Central Asia. His work is based in some of the most remote regions of the planet documenting ways of life that are being lost to modernization and exploring the incredible landscapes of the roof of the world.

What I’ve Learnt From Leading The Romania Photography Tours

A Journey to the Heart of Romania

Aboard the Rhodope Mountain Train